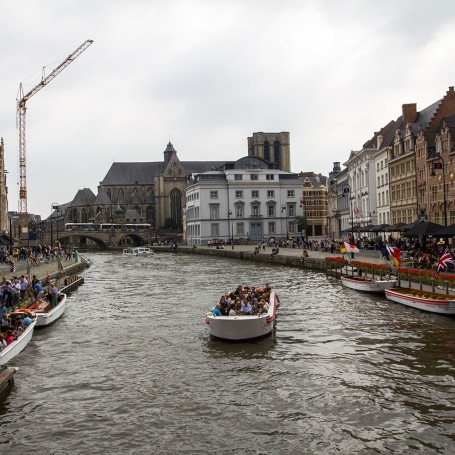 What to do in Ghent for a Day

Ghent is the capital and largest city of the East Flanders province with its rich history and is the second largest municipality in Belgium. It is one of the most charming towns we have ever seen. The city located around 60 km from Brussels, and it will take approximately 50 min to go by car or about 40 minutes by train. Although Ghent is a large city, it is possible to explore its center walking within one day along cobblestone streets.

WHAT TO DO IN GHENT?

2. Visit Belfort Gent and its tower

9. Take a boat trip from Graslei and Korenlei

Write a Review
Based on 0 reviews -

(0)
Reset
No reviews for the place

Be the first to write your review !

The system allows tracking costs for exact search. For example, if you are looking for a particular amount of flight in a precise location, just set a price alert and they will send you an email if there is a notable change in rate. Moreover, Momondo offers many options to filter search.

Things to do in Ghent in one Day

Visited Ghent, Belgium and were surprised with its beauty.

Hotels around this place