Things to do in Brussels with kids in 4 Days

Our family spent four days in Brussels with kids and visited 14 places that we would love to share with you. You will...
on Aug 21, 2018 | by My Family Travel Zone

One day in Ghent, Belgium. Worth to visit. 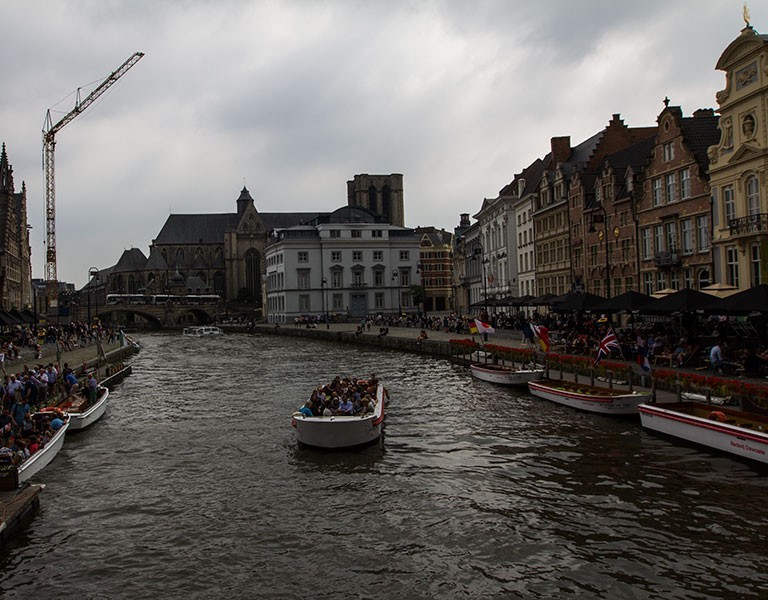 Take a boat trip from Graslei and Korenlei

I have never been to Belgium but it looks a fasanating place. i love boat trips so i would have to book one if we went
on Feb 19, 2019 | by Katie Davies

I would love to see Ghent one day. I love all the old school architecture. It looks so magical.
on Feb 18, 2019 | by Stacie

We know the city because we have been here 2 years ago and we love it so so much!!
This city is so pretty and there are so many activites to do.
on Feb 18, 2019 | by Hang Around The World

Such an informative post, and the pictures are absolutely beautiful. Love it.
on Feb 18, 2019 | by Catherine

I had not heard of Ghent until last year when a friend went. Would love to visit one day
on Feb 18, 2019 | by Kara

I would love to try the Belgian Fries with Beef Stew and Mayo! It sounds very interesting!
on Feb 18, 2019 | by Kristy Bullard

I have been to Belgium a few years ago but did not go to Ghent and glad to learn it here. I was only in Brussels for a few days. Your post very details and has good write up on all the landmarks that I should visit. My most wanted to do is take a boat trip from Graslei and Korenlei and I think it is the best way to learn about the history of Ghent.
on Feb 18, 2019 | by kumamonjeng

I've never heard of Ghent before but I love places like this that are full of history! Thank you for providing such a great background.
on Feb 18, 2019 | by Heather

Ghent sounds wonderful! I think walking around the city would be the best way to experience it. There seems to be so many historical sites to take in. I'd love to try "real" French fries!
on Feb 19, 2019 | by Sam

I think that my favourite thing to to would be the boat trip from Graslei and Korenlei!Thank you for the lovely suggestion ! I am looking forward to reading more posts
on Feb 19, 2019 | by georgiana.lohan

I have never been to Belgium before! Ghent sounds like an incredible place to visit.
on Feb 19, 2019 | by Tonya Morris

I would love to visit Belgium one day. I'll have to remember those fries; I've never heard of them served with mayonnaise!
on Feb 19, 2019 | by Sara Welch

Am planning to travel to Belgium, and this guide came at the best time. Thanks.
on Feb 19, 2019 | by John Mulindi

Thank you for sharing with us a few of the things to do there. It was a fun read and as I go through one picture and description from another, I imagine my family and I having fun and enjoying the trip.
on Feb 19, 2019 | by berlin | Momi Berlin

I would love to visit Ghent one day with my family. It looks like there is plenty to do, I'd especially like to visit the castle.
on Feb 19, 2019 | by Yeah Lifestyle

Wow, this place looks incredible. There’s so much to do and see there! Looks like a brilliant place to take the whole family
on Feb 19, 2019 | by Alexandra Cook

Oh wow! I’m not sure I could ever leave that place. it is absolutely the most gorgeous place I’ve ever seen.

Wow - that looks like an amazing place to visit. I would love to go there someday.
on Feb 20, 2019 | by Shannon Gurnee - Redhead Mom

The castle is something I'd be interested in visiting. Everything looks fun to explore.
on Feb 20, 2019 | by Fatima Torres

There's so much to see. Thanks for compiling this list of things to do out there.
on Feb 20, 2019 | by Fatima Torres

Saint Bavo's Cathedral looks amazing and what a fab destination to explore! Love your travel tips!
on Feb 22, 2019 | by Bella at Dear Mummy Blog

I have never been to Belgium even that I'm not very far from it! These are excellent suggestions of things to do in Ghent, I'd love to go there!
on Feb 24, 2019 | by Nati

You need to Login to add comments.